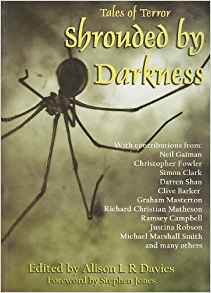 I write whatever takes my fancy at the time and not necessarily what I actually set out to write! My first published work was a short horror story which surprised me because at the time, I was only interested in writing for children. I was given the opportunity to submit a short horror story and to my amazement it was accepted and published in 'Shrouded by Darkness - Tales of Terror'. I have also written a script for a play about World War One. That also took me by surprise because initially, I was asked to write a short sketch. The short sketch grew into a 'series of playlets' which eventually was performed in England, Germany and France and will be seen again in November 2017 in Essex. At the moment, I'm writing a historical romance but my latest book, published by Chapeltown Publishing, entitled 'Extraordinary', is a collection of short, speculative fiction. Probably the only thing I haven't tried is crime and poetry - oh, and I don't write anything I consider offensive! 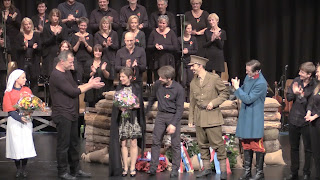 I tried to get my son interested in his creative writing homework when he was at school and suggested I give him the first sentence to a story and he give me the second. He looked at me blankly, so I gave him a paragraph and suggested he complete the following paragraph. Still nothing. But the story I'd started interested me so much, I thought I'd continue and in the end, I carried on until I'd finished. It's never been published but I might return to it one day and revamp it. My son never did take an interest in creative writing. But as his mother was in her forties when she started, there's plenty of time for him to develop an interest yet!

No, I just write when I can. As I go to sleep, I'm planning the next day's writing, which possibly counts as a routine and sometimes gives me very useful dreams!

Yes! I've only just got it and it's not quite sorted out yet, so no pictures! It's in the loft, the units are sky blue and I have all my favourite pieces round me, like the writing set which my dad gave me which has a cherub on the top. I rub his head every day. Perhaps I should have mentioned that under 'Do you have a particular routine?'! 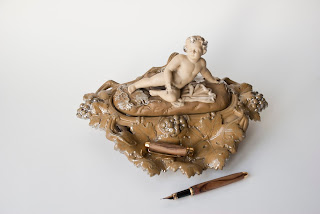 My mum is incredibly proud of me and I think my husband and son are too although I'm not sure they know how much time I spend thinking about my writing. I only tend to talk about what I'm working on if I'm asked - which isn't very often, so I suppose it would be hard for anyone to guess how much of my time is spent thinking about my characters or the next bit of plot. Other writers who are friends, understand what I'm doing, but I suppose it's always easier to talk to people about interests that are shared.

I'm most proud of my book 'The Great War - 100 Stories of 100 Words Honouring Those Who Lived and Died 100 Years Ago'. It was a challenge writing one hundred stories, each with exactly one hundred words and I hope that I covered a wide range of aspects of the war and of course, honoured those whose lives were touched by those dreadful years 1914 - 1918.

I want to write whenever and whatever I can. And I would like to improve the way I write As for projects, I have written a new play about the end of the First World War and the return of the soldiers, called 'The Other Side of Peace', which I hope will be performed next year. I'd also like to go in for some competitions - and it would be lovely to win occasionally too!

As an only child, I spent much of my childhood reading, so I suppose all the writers whose books I read must have inspired me even if it took many years for me to start writing. Recently, writers which I have enjoyed include Terry Pratchett, Ken Follett and Wilbur Smith. The book that I am currently reading is 'All the Light We Cannot See' by Anthony Doerr which is beautifully written and I am appreciating his vivid description.

Email ThisBlogThis!Share to TwitterShare to FacebookShare to Pinterest
Labels: Dawn Knox, Extraordinary, Shrouded by Darkness, The Great War 100 Stories of 100 Words. The Other Side of Peace, World War One playlets