Maeve Murphy and Christmas at the Cross 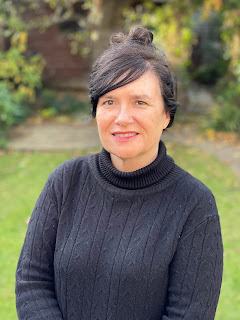 Today I have on my blog film maker and aficionado writer, Maeve Murphy. Bridge House recently published her novella  Christmas at the Cross. Maeve has also contributed to several Bridge House and Chapeltown anthologies.

So, Maeve, can you tell our readers about your book.

It is set at Christmas in Kings Cross in the early 90s and Blathnaid a young Irish woman fleeing an abusive relationship i with her ex Kieran s holed up in a flat of a friend who is away. She makes friends with a neighbour who is also a street walker. Things get edgy when Kieran appears back again....

And what about your research for this book. How did you do that?

I lived in Kings Cross in the early 90s, and so know the world like the back of my hand. It was a  unique time. The characters are inspired by people I met and things I heard or saw. That said as a writer I normally will merge these people together to make a third who is an utterly new character in their own right.

Very wise. So, what inspired you to write this? How does this compare with your other creative practice?

I am a film maker, i.e. a screenwriter and film director and so story telling is very familiar to me but prose is not. I have always had a secret desire to write prose, I think many Irish writers do, its such a hallowed place in Irish culture. I wrote the first part as a story for the Bridge House Collection Nativity and that was published in The Irish Times and that was so thrilling and exciting it inspired me to keep writing and complete the story as a novella.

There is a strong sense of time and place in this novella? How did you create that?

I guess I remembered what the world was like when I lived there. For some reason I remember it vividly and this sense of time and place is very accurate. The fictional story slipped into that.

What's next? Are you tempted to write more fiction?

I would love to do some more fiction; I am just trying to find time to figure out a new idea at the moment. I have written one page and found a new voice and am excited. Also Christmas at the Cross has been optioned by a production company in Dublin for a film. I have written the first draft and we are waiting to hear about funding for the second draft. So I will be adapting it as a screen writer. I read Stephen King’s The Shawshank Redemption and watched the film over Christmas just to see the difference. The film centralised and dramatised the central two characters and their friendship whereas the book, though it had that, was also reporting the story of the guy who breaks out at one step remove.

Are there any writers who inspire you?

Actually I like Stephen King as he writes great novellas. I love shorter novels. I also was inspired by Jack Kerouac for his exuberant speedy poetic prose and his interest in counter culture and people off the beaten track and buddhism. I love the economy and psychological depth of Colm Toibin and also Anne Enwright who has a similar quality.  And I love the great read and wonderful characters of Marian Keyes.

Do you have any new events planned for the book?

Not yet...but I hope some will arise. 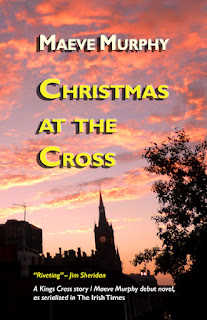 Find out more and how to buy it