Jenny Robertson - writing life and her new YA novel 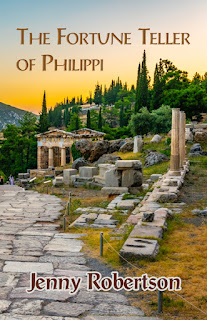 See in our online bookshop

Today I have Jenny Robertson on my blog. I have recently published her YA book The Fortune Teller of  Philippi. 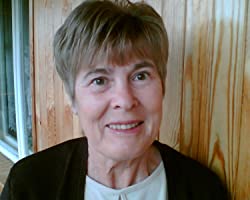 My name is Jennifer Robertson. I started off with children’s books so I wrote as Jenny Robertson and the name has stuck. I’ve had a lifetime’s career in writing. I was first published when I was grounded at home with very small children and the on-going care of my mother with Parkinson’s Disease. I first wrote for Scripture Union, who were breaking free of the shackles of overt religious writing for children, though there was a requirement for a strong Christian “message.” I found the best way was to set books in the past, in Roman times, in Celtic Scotland and so on. My books were translated into several languages. Then I was asked to write a big collection of Bible Stories, as well as the Ladybird Bible Books which published with the strapline Simply told, simply beautiful. This was a hugely helpful task to learn how to write compellingly in the simplest prose.

I had several collections of my own poetry published and moved on to write for Lion Publishing, a wonderful publisher which cared about its writers, and very actively promoted our books. Ghetto, a collection of poems which give voice to people in the Warsaw Ghetto was chosen as book of the month by the Scotsman newspaper. I read it read in the Edinburgh Book Festival 1989.

My husband and I moved to St Petersburg. I learnt Russian – my second Slavonic language and I continued writing through huge family trauma as a result of my daughter’s downward spiral into schizophrenia and her inability to care for her child. I have written about this in Uninvited Guest (Triangle/SPCK) and Clarissa, or arrested innocence. Clarissa was published by chipmunkapublishing which purports to be a mental health publisher. Writers, be warned, they make no attempt to promote the books and charge exorbitant prices for a download plus postage. I have read similar complaints from other authors.

On my return to Scotland I found it very hard to break back into publishing and was very grateful to Gill who was kind enough to include several of my stories in various Bridge House Anthologies.

I had studied Polish at University, lived in Poland, travelled in former Polish territories in Ukraine so I was delighted to write a children’s book Wojtek, War Hero Bear (Birlinn 2014), the true story of a brown bear adopted by Polish soldiers in 1942 who carried live ammunition at the Battle of Monte Cassino, fought in the Italian campaign , was exiled with the men to Scotland, arrested with them once for being drunk and disorderly, ended his days in Edinburgh Zoo and is now gathering world-wide fame and a much-visited statue in the centre of Edinburgh.

I continued to write Holocaust-related stories which were included in PRISM, a New York journal for Holocaust students and educators. In 2019 Scotland Street Press published my biography of a major Polish woman writer, From Corsets to Communism, the life and times of Zofia Nałkowska 1884-1954. This was the fruit of eighteen years research and close reading of Zofia’s books and other contemporary fiction. It offers a window into Polish twentieth century history and culture and into the life of a pivotal woman writer whose books are still read in Polish schools.

This was read in the Edinburgh Book Festival 2019 but then I was diagnosed with myeloma, bone marrow cancer. I’ve completed a year’s chemotherapy and decided that my writing days were definitely done. But no! Gill approached me with the kindest possible offer – she accepted a young people’s novel set in New Testament times, The Fortune Teller of Philippi. Working on the rewrites took me back to my laptop where I found a partially written children’s novel with a Polish/Belarusian setting in the Second World War. It’s now about to look for a publisher. I would never have completed it if it hadn’t been for the boost Gill has given me.

I’m also privileged to write short stories and other Holocaust related material for PRISM, published by the Azrieli University New York. These are drawn from stories I heard in Poland and from reading and research.

Many books have gone out of print and I’m a total amateur in learning how to promote them digitally, although even through cancer I promoted them at events and in schools. Wojtek, War Hero Bear (Birlinn £6.99) and From Corsets to Communism (Scotland Street Press £12.99) be bought from Amazon, from your local bookshop, from the publisher Birlinn, Edinburgh and from myself. The Fortune Teller of Philippi is available from Bridge House and also online.