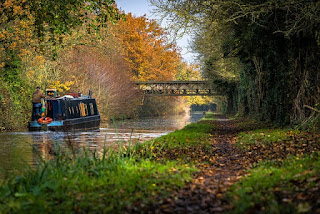 I’ve recently consumed two very slowly paced novels and an equally slowly paced TV serial. It seems there is something to be said, after all, for slower pace.

I am Thunder by Mohammad Khan

Muzna Saleem is the only child of Pakistani parents.  Her mother and father have high hopes of her becoming a doctor but she wants to be a writer.  Her father loses his job and a cousin takes pity on them.  They move into a flat above the cousin’s Michelin-starred restaurant and her father becomes a waiter.

This offers Muzna an opportunity to reinvent herself as she starts at a new school.   She is still a  serious scholar and gets on well with English teacher and form tutor, Mr Dunthorpe. And she meets Arif Malik.

She becomes convinced by Arif and his brother Jameel that the Islamic faith is the right one but just in time realises that Jameel is a terrorist.  She goes to the police.

Mohammad Khan’s narrative is very convincing.  We can understand how Muzna almost became radicalized. The issue is complex. Muzna’s teenage rebellion against her parents takes the form of her becoming more religious.

It is the slow pace here that affords us the opportunity to really get to know Muzna and other characters well.

This is a complex novel.  It is 548 ages long and has numerous sub-plots.

Many of these characters resist the Nazi regime, one way or another. A few are fanatical Nazis.   Helena Schrader uses fiction as a way of uncovering fact and truth.

·         What happened to those people who helped Jews and other undesirables

Schrader is well qualified to write this text.  She has studied the Nazi era for over thirty years and her PhD thesis was a biography of the German resistance leader who developed the Plan Valkyrie, which included the plan to assassinate Hitler, and details of how the regime would be handled after his death. A coup attempt was made but failed on 20 July 1944.

The slow pace here suits the complexity of the story.

This is a crime drama, present in the UK by All 4. It is a will-they get-away–with–it rather than a whodunit.

One overarching story is told over three episodes. A respected tax inspector, Hugo, befriends a convicted criminal, Marius, recently released from prison, because Hugo’s daughter, Suus, and the Marius’s daughter, Chrissie, have become blood sisters. The crystalizing moment is when Suus goes missing on a school trip.  Hugo, Maurius and Kitty, Chrissie’s mother, have joined the trip as parents who are helping. Marius finds Suus. Nothing sinister has happened.  She simply lost her way during an orienteering activity and slept in the wild. But now Hugo owes Marius.

We get to know the characters slowly. Hugo does some stupid things. He is annoyingly reserved and pedantic. He falls in love with two different women over the three series. He is a widower bringing up two girls; one is a teenager and the other is so spoilt that she is worse than the teenager.

Kitty has lived alone for eight years while Marius was in prison. She longs for a normal family life – and a holiday home in Italy. She has been kind to Hugo and his daughters when Hugo’s; wife, Vera, was so ill before she died, and during the time after her death.

Marius is still involved in the criminal life but many things that happen are beyond his control. We forgive him because he is also a loving husband and father.

Plus there are tantalising glimpses of Amsterdam and other bits of the Netherlands, and some beautiful choral music.

It puts me in mind rather of moving by canal boat rather than jet aircraft. You feel the peace and calm and can take in more of the detail.

Image by Robert Hall from Pixabay

Email ThisBlogThis!Share to TwitterShare to FacebookShare to Pinterest
Labels: An Obsolete Honor by Helena P. Schrader, Blood Pact, I am Thunder by Mohammad Khan, slower pace