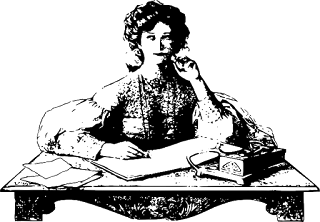 Louisa May Alcott plodded along making a reasonable living as a writer and then wrote Little Women  - somewhat reluctantly, actually.  She made so much money form that book, and then quite a bit more as well from its sequels, that she was able to invest and be generous enough not to foreclose on a mortgage when the people living in the mortgaged property could not afford to pay her.

Philip Pullman, David Almond, and Stephen King worked for years at their craft before they became rich and famous.

Charles Dickens was his own editor for many years and several of his works appeared as serials in a journal he edited. He had to work hard to meet tough deadlines in order to keep the cash flowing. There was quite a bit of the business man about him as there was with our friend William Shakespeare. It neither case was it just about being a good writer.

There are many writers who get by on low earnings from writing, plus some other activities, writerly or not, that help them to pay the rent or mortgage and keep themselves and their families fed and clothed. They work gladly this way because it enables them to send much of their time writing.

In fact, we don’t want more than “nourishment, shelter and companionship” and we like to create “stories (that) are the thing we need most in the world.”  (Quote from Philip Pullman)

And my own story?

Well, I’ve retired from the day job now though I still do a little work for my last employer, the University of Salford. Whilst there I was very involved with writing, so this was in effect “jobbing writing”. I taught creative writing to undergraduate and post-graduate students.  My “research” was more of my own writing and some examination of that process which manifested as academic papers and talks at conferences.

I now have a pension made up of my teaching pension, my university pension (which is not bad as I became a senior lecturer on which my final salary pension was based, though the last six months was average salary) and the state pension. I also work as an editor and publisher, though I probably spend more money on the latter than I earn as I’m always keen that the writers and our freelance editors and designers get a reasonable payment.

In a way then, I’m free to write what I want and don’t have to worry about my writing being commercial enough. I still want it to be the best that it can be and I still want the recognition.

Getting there? Plodding my way through jobbing writing? I’m selling a few books through my own imprints and ones I have with other imprints. I’m getting some pleasing reviews but I’d like a few more.  I still get tons of rejections but also a respectable number of acceptances, shortlistings and longlistings.

I’m finding more and more that when I submit to competitions and calls for submission that have themes I’m getting at least longlisted. So, perhaps I’m working towards a trend after all. But there are lots of themes to choose from.

I have reason to believe that my writing is getting better because each time it’s rejected I find a way to improve it before I submit the next time.  This isn’t sloppiness; the work is always the best it can be at the time I submit. It’s just that I’ve got better in the meantime.  Hooray!

So, we plod on. We jobbing writers.