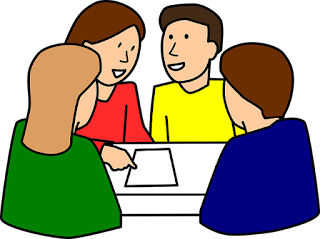 What is a critique group?

A group of writers share their work. Groups vary in size and expectation.  They can be a bit of a tea-party where everyone rejoices in everybody else’s work. Or they can be very strict, where each person is only allowed so much time and may not speak until everyone has said what they think of the writing. There may be rules about what you are allowed to say.

I’ve been a member of a few critique groups and they’ve all operated slightly differently.

I first met this when I was studying for my MA. We would bring along work each week based on what we had done the week before.  We would read it out in class and others including the tutor would comment.  The tutor would then take our work away and scrutinize it before the next session.

When I became a university lecturer we ran a series of workshops for final year undergrads. They had about twelve students in each of them and four would submit work each week.  They would send their work to all members of the group, including the tutor, a few days in advance of the class.  We would spend about half an hour on each student’s work.

At the beginning of the term we would set up house rules. They were nearly always very similar – something like this:

In fact, most critique groups I have been in operate in a similar way. However one of my student groups opted to divide into micro groups and they wanted to be really brutal with each other. It worked but possibly only because of the particular people in the group. .

Our MA workshops followed a similar trend though here we often had to break into smaller groups as every student wanted to submit every week. Students reacted to four people’s work each week.

This was my MA group, wishing to carry on sharing work. Gradually other cohorts joined us and also people we encountered at the Annual Winchester Writers’ Festival. This stopped in 2003 when I left the area.

We read work out at meetings and shared hard copies.  We didn’t send work out in advance as we didn’t all have reliable broad band in those days.

However, we were a very focussed group and knew what many of the issues were in writing for children.

I’ve belonged to a group in London and up here in the North West. Up to half a dozen of us but more regularly four used to meet in The Sherlock Holmes Hotel on Baker Street in London. Now in Manchester about twenty of us meet  at Waterstones or Manchester Metropolitan University and more recently via Zoom.

Naturally we divide into groups.  I’m in the YA group and that sometimes has to be divided into two.

Again we are pretty focussed.  We know what we are about and the work is already of quite a high standard.

We send work out in advance and return that work annotated to the writer.   We do correct grammar, punctuation, spelling and formatting mistakes but we tend not to talk about them.  Our conversations stay with the bigger issues.

The advantages of critique groups

You get some very specific feedback about your work.

You can often see issues in other people’s work that also apply to your own.

You can also learn good practice from other writers.

You can share a whole novel with others, one chapter at a time.

Your group may develop a “house style”.

They read the whole of your work without knowing very much at all about it to start with. They may be:

They provide a more objective read as they come to the text without knowing too much about it. They more closely resemble actual readers.

You could join my Dream Team  of beta readers. Click on the link to read about it.

Why don’t we extend that and make it operate like a baby-sitting circle? You get points for what your beta read and can spend those on getting your work read.

I’ve often though with my SCBWI critique group that once the critique group has finished going through a novel we should ask members of another SCBWI group to read that text cold.