Stages of Revision 14: Get rid of clichés 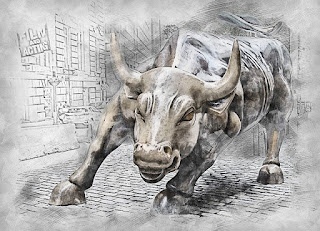 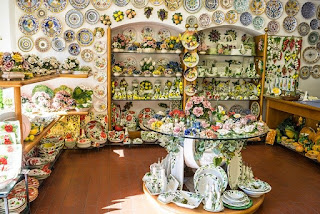 The effectiveness and the ineptitude of clichés

There is one thing that is very annoying about clichés; they are very good.  They are extremely apt for what they’re trying to describe and they’re hard to beat. The problem is, though, that they become tired and can make your writing seem dull, even though the cliché was spot on in the first place.  So, you need to go about it like a bull in a china shop, avoid them like the plague, and don’t get me wrong, I think clichés have their place.
Do you see what I mean?
Nothing can do quite as much damage as that bull rattling around between the plates and dishes, can it?  Is there anything you’d need to avoid more than the plague? (Covid 19 perhaps?)  and what better warning for your reader than that they may be about to misinterpret you? (Really? Isn’t it your job to make yourself clear?)

Get to the heart of the matter

You can often get underneath the cliché and work out what’s really going on and you may find that the cliché wasn’t as effective as you thought. You may come up with other similes and metaphors. Perhaps what’s happening is actually more like a toad trapped under a saucepan, or someone is procrastinating because they can’t face doing their tax return, or your character steps out of the story to tell you something unexpected about themselves.
Here are some real challenges for you. Try to describe the following without resorting to cliché:
·         What chocolate tastes like
·         What orange peel looks like
·         What rain feels like on your skin
·         What church bells sound like
Believe me, these are quite tricky.

When there is nothing that works as well as the cliché

Then perhaps you can subvert it a little. Replace your bull with an equally rumbustious animal and put him in a named store. Avoid your clichés as you would another nasty disease or situation. Anticipate your readers’ misinterpretation in another way.

Borrow from other languages

If you speak another language you may have a real advantage here. What is a cliché in one language isn’t in another. It will seem fresher in the other language.  Spanish for example is peppered with them. Here are a couple of rather interesting ones:
It had always pleased him to remain superior (or on top of!) his mother.
She had eaten the soup before midday. (Had sex before marriage and got pregnant)
And here are a few from German.
I don’t want to tread on your tie.
Don’t put your mustard on my sausage.
It’s all sausage to me. (I don’t care)
Delightfully, when there is one of those sudden inexplicable silences, the French say “It’s an angel passing by.”

Images by Michelle Maria  and ArtTower from Pixabay
Posted by Gill James at 08:52

Email ThisBlogThis!Share to TwitterShare to FacebookShare to Pinterest
Labels: clichés, stages of revision