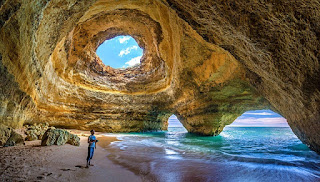 This is something I discovered when I started writing my Schellberg cycle of novels. I had some superb primary resources and was able to gather other information by repeating some of the experiences that my character had.

A third trick was to use the writing itself to explore.

This sits alongside “write what you know”. That, of course is a little facile: if we all only ever did that there would be no fantasy, science fiction or historical fiction. Yet it is this very writing about what you know that makes the magic happen.

There are two types of things that you know: what you’ve found out from research and what you’ve experienced yourself. Add into the mix as well all that work you’ve done on your setting and characters you actually know a lot.

We’re all familiar with the “what if?” question. Next comes the “What would they do in these circumstances?” You write yourself into the character and become a little like an actor. You may discover some startling things.

A Masters creative writing student of mine already had a Masters in history.  When he wrote a novel set in the seventeenth century, he found out more about the way of life of the people who lived there than he had done from all the history he’d studied.

I had a real dilemma in the Schellberg cycle: how could Hans Edler cope with being involved in designing of the V2 flying bomb during World War II when his wife and child were living in England? I got into his head and realised that he went as slowly as he could with this work. I was astounded to read a few weeks later that many engineers working on the project deliberately dragged their feet because they thought it was so awful.

One member of my U3A creative writing group complains that she has no imagination yet when she writes about what she knows her writing is exquisite. She writes with the senses uncovering experiences for us and confirming them for herself.

Of course when we write about historical characters who no longer have a voice we must use a little humility; we may not represent them the way they would wish to be represented. We must be clear that this is just our interpretation of who that character is. I suspect however that we are more often right than wrong and this is all because we write what we know in order to find out what we thought we didn’t know.
Posted by Gill James at 12:05

Email ThisBlogThis!Share to TwitterShare to FacebookShare to Pinterest
Labels: discovering through writing, write what you know