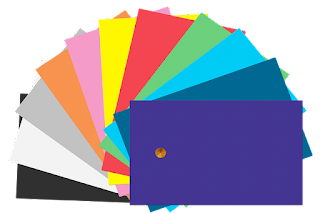 Do you ever use them? Do you love them or hate them?  Has any decent writing ever come out of using one?

Some of my students grumble when asked to write according to a prompt.  They have plenty of good ideas already. Well, I still have quite a few ideas but I find writing from a prompt adds some discipline. To some extent one becomes more creative because choice is more limited. And sometimes it just opens you up to some new ideas. I’ve often managed to turn something I’ve worked on in workshop into a piece of viable writing.

I am using them quite a bit with my U3A creative writing group.  We operate partly as a critique group and use one hour of our hour and a half on a creative writing exercise.  I collect these and have plenty to choose from but I also invite members of the group to contribute

Listed below are a few I’ve used.

This week we had to role a dice to choose two characters, the main trait of each character, the weather, the location and an object. We wrote for fifteen minutes and then shared our stories. I myself have a viable story from this session.

Put a surnames and Christian names in separate containers.  The writers draw out two of each to create two characters. They now write a scene between two characters.

The group leader obtains a treasure chest and fills it with objects. You can obtain such items easily from Amazon or e-bay. Each participant takes out two objects and writes a story around then,

Did you no that every single day of the year is special in at least one way?   You can find suggestions at: http://www.holidayinsights.com/moreholidays. This incidentally might be inspiring for CaféLit.

Oh yes, what can you make of Dixie Bell Blue or Honky Tonk Red?

I’ve actually published one collection of flash fiction 140 x 140. It contains 140 stories, each 140 words long and each one prompted by the first picture I saw on my Twitter feed that day.
Now I’m working on 280 x 70 ….

Mslexia provides quite a few and in fact that’s where I get many of my ideas from. You can also find some under the hash tag #writingprompts on Twitter.
Posted by Gill James at 11:51