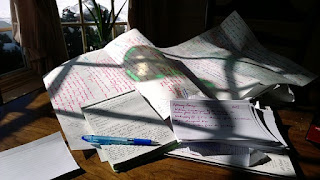 These days I tend to think I don't need them. I've had a daily writing habit now for many years and I mainly manage to stick to it. I've retired from the day job now and although I've somehow managed to fill my time, I've doubled my writing output and have an even stricter regime now that I still manage mainly to keep to.

So, why would I need to go on a writers' retreat?

I used to bookmark any I came across and dream of going to them. The contact with other writers they offered was very tempting. What about that one in France where you all meet on the patio in the evening for an aperitif before dining out in a local restaurant? Or that one where a resident writer gives you daily feedback on your work? Or the one way up in the Spanish mountains? Surely the views would inspire?

When I first started writing seriously I was a Head of Modern Languages in a demanding secondary school and I was also studying for a Masters in Writing for Children. My writing mainly happened after 10.00 p.m. when I managed to get a second wind, at weekends, in the school holidays and when I was actually away on holiday. A retreat then would have been very handy.
I've actually enjoyed four retreats and they have all been quite surprising.

In the Austrian Alps 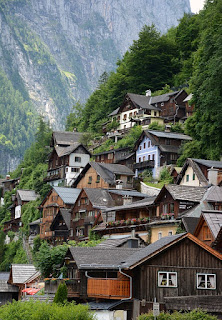 This was a home-made retreat. I took a week-long bargain holiday in a very well-appointed hotel and chose the half-board package. I didn't need to worry then about where I would eat.  Cafés were easy enough to find for lunch.

I used this mainly to edit a young adult book.  The book had been placed second in a writing competition and the publisher who judged it thought it was worth working on more. It did become published and is in fact out now in second edition.

I certainly got more work done that I would have at home. I also managed to do quite a lot of other things: swim and go for walks every day, meet up with some German friends, visit a German publisher and break a bone in my hand, thoroughly testing out the Austrian healthcare system with which I was most impressed. 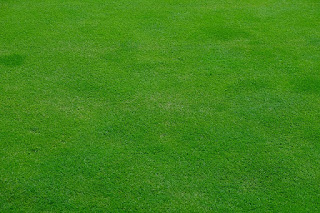 This was off the beaten track, difficult to find, in the middle of nowhere, yet once we arrived, we were surprised by how many other buildings were nearby.  We had lovely weather and it did have and open air pool which we were able to enjoy. It also had a glorious, lush sloping lawn that we all longed to roll down but didn't quite dare to.

Yes, we did a lot of writing. It was good also to be connected with other writers. The bar opened before dinner and after dinner we shared work. We also had talks by a published picture book writer and an editor from a children's imprint. On the whole it was a very productive few days. 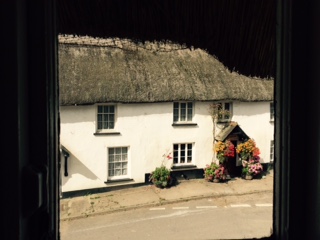 I attended this with two colleagues, the mum of one of them and with my friend and business partner, Debz Hobbs-Wyatt.  There was only one other guest and she fitted in with us very well. The superb home cooking made this one a delight. Six o'clock is wine o' clock and the hostess delivers a glass of wine to your desk.

There is plenty of time to chat over meals and around the log fire in the evening. Debz and I even went to the pub one evening – it is conveniently right opposite the retreat.

Again we went for walks and runs as well as spending a lot of time writing.

I was pleased to note as well that some other writers I knew had been there the week before.
Interestingly one project I worked on whilst there gained a gold award form my publisher. This means I get 15% royalties.

Maybe being on retreat helps me to write better, if not more, so might be worth it even for hardened writers like me. 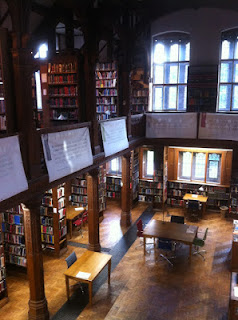 I attended this retreat immediately after I retired from the University of Salford. So yes, I provided the cava.
You can book into Gladstone's as an individual. This includes meals and snacks and there are tea and coffee making facilities in the rooms. There are no televisions in the rooms but digital radios. Some people like to have music on in the background when they're writing.
There are many delightful places to write – in your room, in the library, or, if the weather is fine, in the grounds.
Our writing sessions were punctuated by activities together, meals and walks, of which there are many nearby. In the evenings we gathered in the cosy lounge which has an honesty-box bar and a log fire.
It did kick start me into my new regime. Despite the breaks I completed a lot of writing and found a sharper pace.

I used to dream of owning a big house and offering writing retreats.  Now, I'm not so sure I have the energy. However, I have been invited to act as a tutor on a fully-catered retreat and I'm looking forward to that.
On balance, I would say that even for established writers there is much merit in occasionally going on retreat.
Posted by Gill James at 10:00