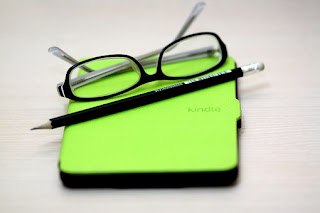 I've used these before and I am now using them again. The first time was for The House onSchellberg Street. On that occasion I asked a few of my creative writing colleagues, another English colleague who specialised in the Holocaust, a colleague who loves all things German  and some young people. I had labelled this novel young adult and now although I think it can be and has been read by young adults, it is possibly more accurately an historical novel featuring feisty women.
I'm now working with beta-readers on the second book in the Schellberg Cycle, Clara's Story. I'm not sure I have the title right yet and indeed that comment has come up.

When is the text ready

I think the text should be as polished as you can make it before you send it out. I tend to write a novel within three months but spend up to eighteen months editing it. I will also have shared a good deal of it with a critique group. The better it is before it goes out, the nearer to perfection it will be once you've reacted to what your beta-readers tell you and the less work any future editor will have to do.

What I want to know

I want a gut reaction to the text. What have the readers understood? Does it work for them? I'm not here looking for an in-depth critique and I certainly wouldn't expect beta-readers to annotate the text.
Is anything puzzling?
Is there enough pace and tension?
If they have some form of expertise in the era written about I'm more than happy to have any mistakes pointed out to me and to listen to their further suggestions.
Whilst I don’t expect full annotations I'm grateful if the beta-readers point out any overuse of words or phrases or a general fault with my writing that comes up frequently.  Also I'm happy if they point out the over-occurrence of bad writing habits – telling when I could show, shifting point of view, using clichés, not varying pace, sentence-length or tension. If they spot a typo and point it out, even better, though I'm not expecting this.

You don't always have to rush off and make alterations where the beta-reader has suggested they're needed. Certainly though if two or more have mentioned the same thing it's probably worth taking them seriously. You can ask yourself whether they have a point, though. Sometimes they may suggest something is wrong and offer a fix.  There may be something wrong but the fix they've suggested may not be the best answer. You may need to find a third way.

I'm putting together a dream team of beta-readers, reviewers, illustrators, designers and editors.  Would you care to join us? Find details here.
Posted by Gill James at 12:18

Email ThisBlogThis!Share to TwitterShare to FacebookShare to Pinterest
Labels: beta-readers, Dream Team, how to critique, how to react to beat -readers