It was a fabulous sight. Practically every person, including all of the staff and the headteacher, were dressed up as characters out of a book. We had Puss-in-Boots, several Wallys, form Where’s Wally, a harry Potter and a Hermione or two, several Alices and many, many more. It was clear that everyone had gone to great deal of effort. The costumes were convincing. It was also good to see so many books lying on tables. 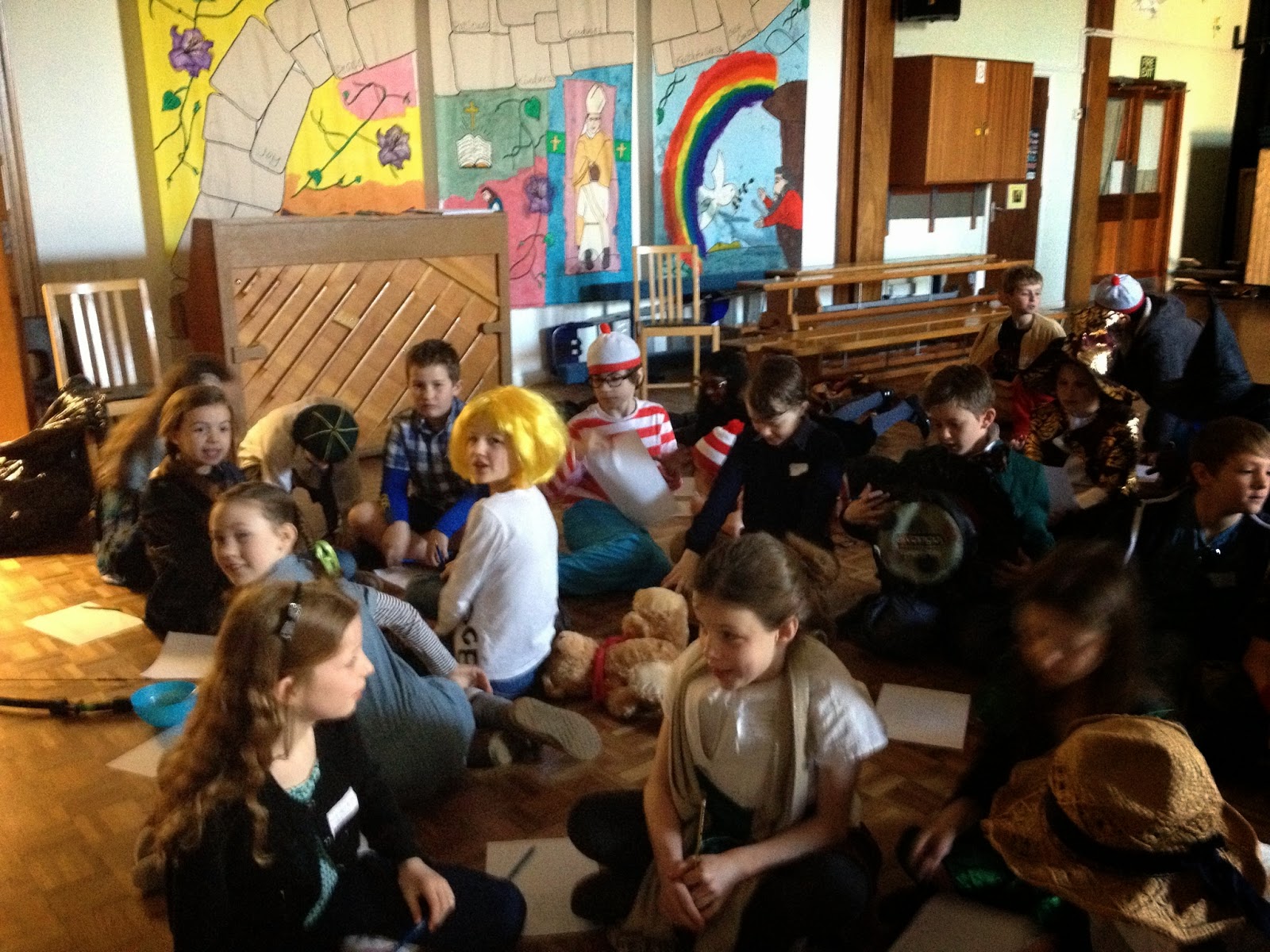 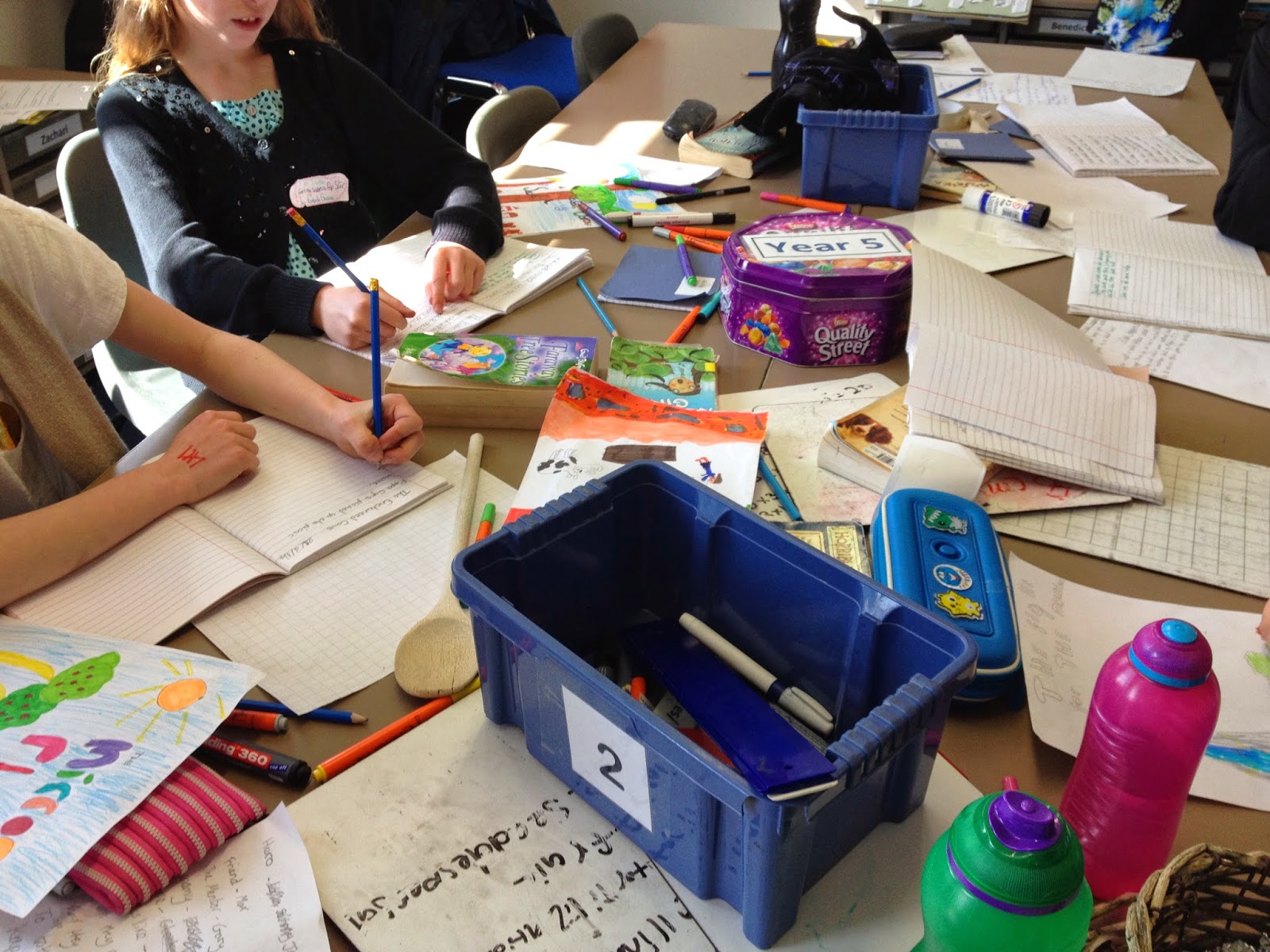 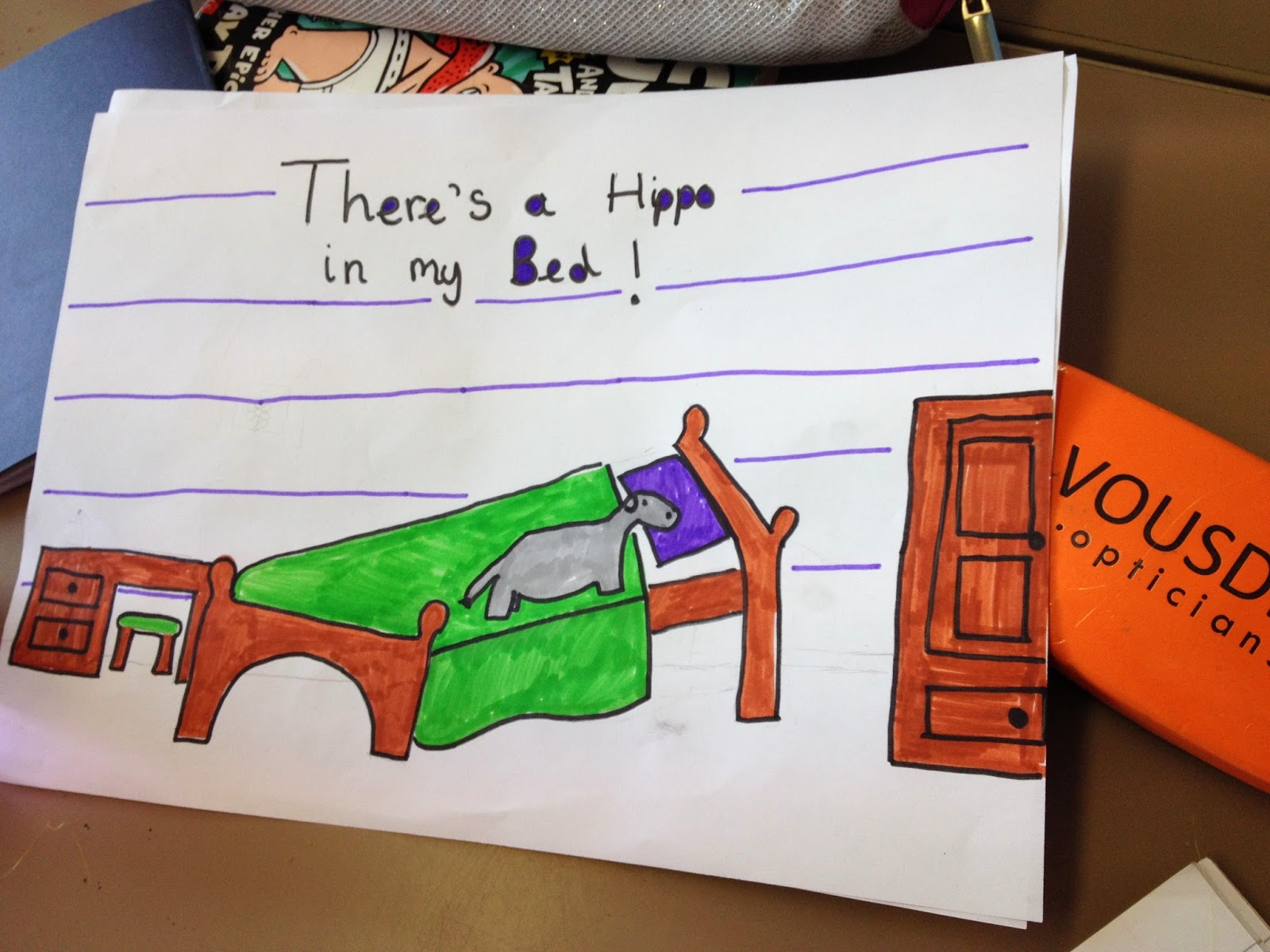 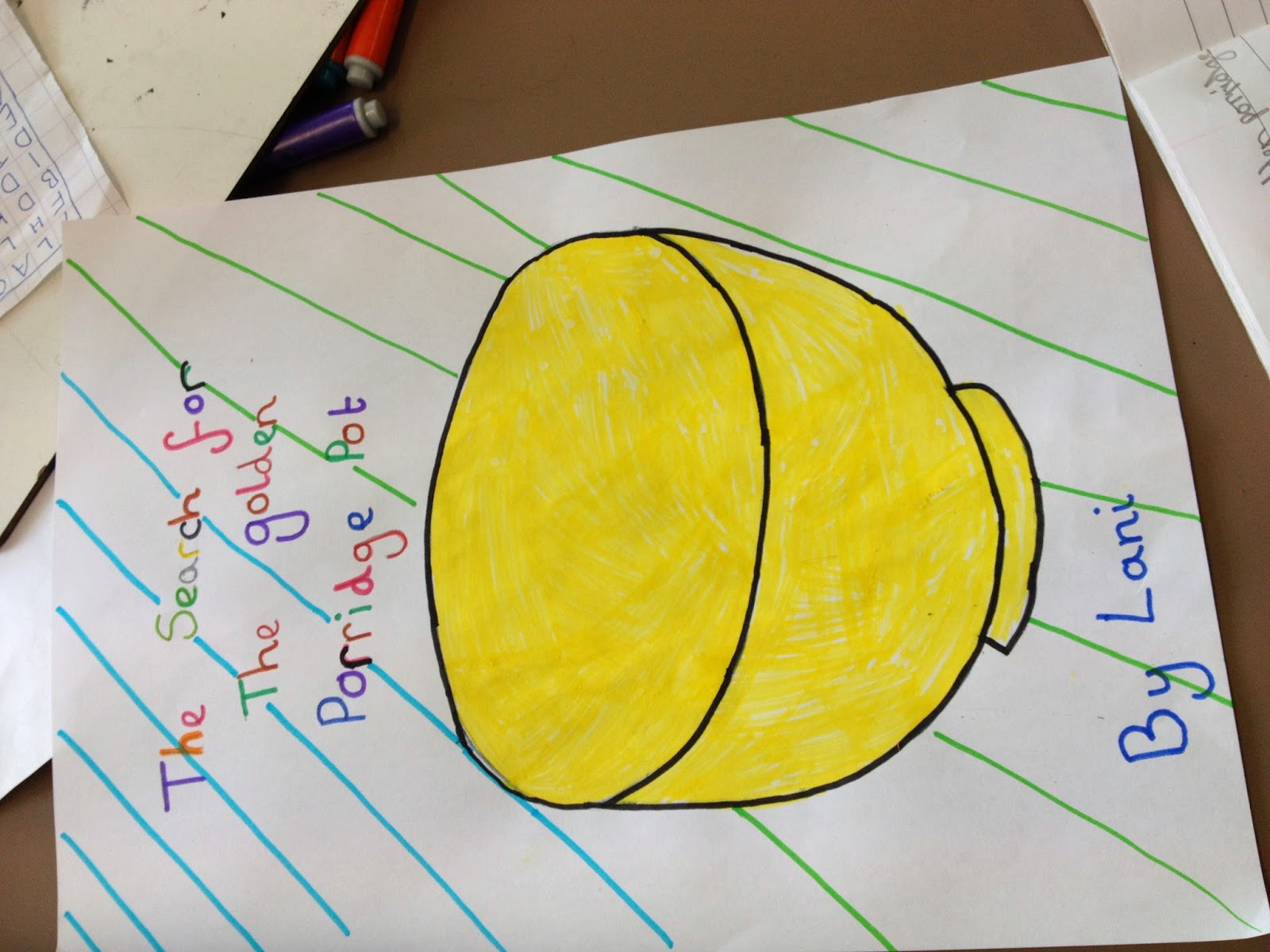 In the second session we started writing out the story in a fuller a form.
So often, opening paragraphs are really good but too long. We talked here about getting some balance. Each section of the story must be about the same length and is equally important.
We looked at starting the story  “in media res”. I read some examples form my books The Lombardy Grotto and Kiters. I also picked out some examples from the Hippo-Dee-Doo-Dah Collection.

We worked collectively on Haiku based on colours. There was a lot of counting on fingers as we tried to make sense of something to do with a chosen colour, and also make the content fit the pattern of five sounds, then seven sounds, then five sounds again.
Here are a few we came up with:

Blue ocean, waves, whale,
The waves waving you goodbye,
Under the blue sea

Yellow banana
Gets peeled by chimpanzees
And eaten at last.

For Hello Goodbye we thought of a theme and then opposites within it.

We took the word “plant” and though of words to do with plants.

It was all good fun. The children participated well. The staff were friendly and helpful. Thank you having me, St Mary’s.
Posted by Gill James at 10:20