We never finish – we only ever abandon 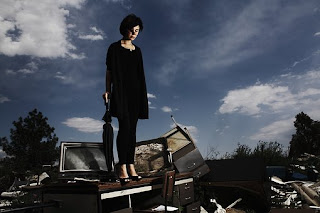 I'm currently putting together a manual about marketing for some of the authors I've published. I'm making here a list of routines and habits I think helps us to market and publicise our books without it feeling like too onerous a task.

Interestingly all of the topics I've written about today I've already tackled on my blog A Publisher's Perspective. I find, however, that I want to add in more material and alter the tone as I go along. This is in part because I'm talking to a slightly different audience. It is only a very slightly different audience, though. The greater reason is that in the few weeks I've been away from that text I've developed as a writer. What was acceptable then is no longer.

I'm also letting work I finished some time ago out to beta-readers. Two have responded so far. I totally get what they're saying. Yet, when I abandoned this work several months ago it was perfect.

One of my books goes out of print in December. It's tempting to just slap on a new cover, give it an extra proof read and get it out again. Or has so much happened since it came out that I'd be better forgetting it all together? Maybe divide it into three as there are three stories there anyway?

At the weekend I did some marking for the university.  A deadline means that the students have to "abandon" their work at a given date. We give them feedback. This gives them the opportunity to adjust their texts before they let them out again.

Thank goodness for deadlines or we would tinker forever.
Posted by Gill James at 11:38