Ian Inglis talks to me about his writing life and his collection of short stories, The Day Chuck Berry Died 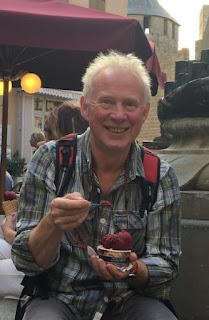 1. What do you write? Why this in particular?

I write short fiction because I’ve always loved the genre. The short story imposes constraints on the writer – the necessity to condense material, to be clear and succinct, to make every sentence count. But at the same time, it presents opportunities – in particular, the opportunity to focus on specific events in time and place without the distractions of a longer narrative. I started to write short stories several years ago, and when a few were published in various literary magazines and anthologies (including the Bridge House anthology Crackers in 2018) I began to think about a collection of my own. For The Day Chuck Berry Died, I brought together some previously published pieces, revisited some unfinished stories, and took advantage of the two years of Covid to work on several new pieces.

2. What got you started on writing in the first place?

At school, the science subjects were (and still are) beyond me…I took O level Maths four times and got a Grade 9 (the lowest possible mark) on each occasion! But I was always very comfortable with words. I was encouraged by my parents. My mother worked in a bookshop/newsagents, and would bring home a steady supply of remaindered, damaged or surplus stock – magazines, novels, biographies, comics – all of which I consumed with relish. My father was an enthusiastic reader himself, a very literate man despite his lack of formal qualifications. I remember coming home from school one day, when I was about 10 or 11, to see an unfamiliar figure sitting in the armchair opposite my father. ‘Come in, Ian,’ said my father, ‘I’d like you to meet John Betjeman.’ At the time, I had no idea who he was, but it typified my parents’ attitude that reading and writing and talking about literature were natural, daily activities. Added to that, my home town – Leek, in North Staffordshire – had a wonderful local library, which was always one of my favourite places.

I started to write poems and stories for my own pleasure. Every year, I would win the school’s annual essay-writing competition, I won the O level and A level prizes for English, and when I left school my first job was as a reporter on the Stoke-on-Trent City Times. Journalism is a great discipline for any aspiring writer – miss a deadline, fail to attribute a quote, fall short of or exceed the word-count at your peril! And when I moved into lecturing (initially at Leicester University, and then as Reader in Sociology and Visiting Fellow at Northumbria University) I found it relatively easy to write academic material, and produced seven books and more than fifty journal articles around topics within contemporary culture, especially popular music.

3. Do you have a particular routine?

I like to write in the morning (say, 8.30 to 12.30) when my ideas are fresh and I seem to have more energy. After lunch, I go through what I’ve done and do some re-writing and editing. But it’s not a strict routine. Sometimes, I’ll write for several days consecutively, at other times I won’t write anything for several weeks. I carry a small pocket-book in which I’ll note down ideas, bits and pieces of dialogue, things I’ve seen or overheard that might prove useful.

4. Do you have a dedicated working space?

Now that our three children have left home, I’ve converted one of the spare bedrooms into my study. It overlooks the rear garden, it’s peaceful and I find it easy to concentrate. One of my proudest possessions is a large, light-oak, Abbess Schoolmasters desk that I bought very cheaply at auction years ago. That’s where I write.

5. When did you decide you could call yourself a writer? Do you do that in fact?

Although I’ve always written – at school, as a journalist, in my academic career – it’s only very recently that I’ve started to think of myself as a writer per se. For a long time, I would have described what I did as a hobby or a pastime or an interest. But as my publications have increased – and certainly with the publication of The Day Chuck Berry Died – I’m beginning to think that it might not be inappropriate to call myself a writer. Having said that, I’d still be wary about defining myself as such to other people! ‘Pretentious? Moi?’

6. How supportive are your friends and family? Do they understand what you’re doing?

I’m lucky to have family and friends who understand that writing is important to me, and give me their full encouragement. They never complain about the time I devote to it, even when I disappear for two weeks every summer to go to the Circle of Misse writing centre in the Loire Valley…it’s a wonderfully relaxed and supportive environment that I can’t praise or recommend highly enough, and I always return to the UK with a real sense of achievement.

7. What are you most proud of in your writing?

The thing that gives me most satisfaction in my stories are those occasions when I can see that they are improving. Part of this is to do with how they’re written, and I try to pay attention to grammar, sentence structure, use of language, vocabulary (Roget’s Thesaurus is always close at hand). And part of it is to do with the narrative itself – is it entertaining, interesting, engaging? I’ll discard stories if I feel they’re not working, and I have many fragments filed away that I might return to at some point.

8. How do you get on with editing and research?

In my academic books, I probably devoted more time to preparation, research, interviews than I did to the writing itself. In addition, I’ve edited several academic journals and books, in which I try to ensure common standards and styles across different chapters by different writers. As a result of this, I’ve always regarded research and editing as part of the literary process, and I enjoy it. Of course, editing never finishes – English is characterized by fine shades of meaning between apparently similar words, and there are always doubts about whether this word or that word is the better choice.  I’ll make small changes to specific sentences or phrases several times before I’m happy. But at some point, the writer has to let go.

9. Do you have any goals for the future?

I don’t have any ambitions to write in other formats. In the distant past I had several poems published; and I’ve written two novels, both of which came very close to publication. In fact, the first of these, Clay Lake, is still there on Amazon, available to pre-order! I hope nobody did pre-order it, as it never actually appeared. I suppose my ambitions are to improve my writing as much as possible, and to continue to derive pleasure from it.

10. Which writers have inspired you?

Lots of writers, from different eras and from different styles, have been important to me. At school, H. G. Wells, D. H. Lawrence, Arnold Bennett, Thomas Hardy were among those I first enjoyed. As a student, I discovered Tolkien, John Fowles, John Steinbeck, Scott Fitzgerald, Raymond Chandler. I think there are currently some excellent British novelists – William Boyd, Ian McEwan, David Mitchell, Simon Mawer, Kate Atkinson. Among short story writers, I like to read Chekhov, Borges, Doris Lessing, Alice Munro, Arthur Conan Doyle, Elizabeth Strout. I’m a huge fan of Richmal Crompton, whose William stories get better each time I read them. I suppose my favourite short fiction writer is Daphne du Maurier. Many people know her through her historical and romantic novels (Rebecca, Jamaica Inn, The House On The Strand) but her short stories are very different, very unexpected: The Birds and Don’t Look Now both became celebrated films. 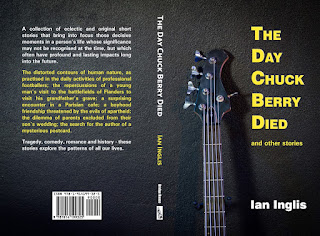 1.Research for the book

Some of the stories required research – checking that all the dates, times, places, tallied correctly with the events described. For example, in Sithifricker where I referred to the three Test matches played between England and South Africa in 1994, I wanted to make sure that the venues and scores were correct. And in No Man’s Land I was careful to ensure that my descriptions of Ypres and the surrounding First World War military cemeteries and monuments were accurate. Others were more straightforward, and all I needed to concentrate on was the narrative itself.

2. What inspired you to write this?

The stories in The Day Chuck Berry Died are inspired from a wide range of events and experiences. Items in the news, memories of my own, overheard snippets of conversation, places I’ve visited, people I’ve come across, songs, books, paintings, photographs can all trigger ideas for my stories. The idea that they could form a single collection came to me gradually as more of my stories were published. 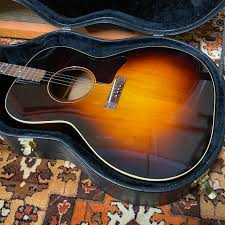 Copies of The Day Chuck Berry Died are readily available from Bridge House. The book’s also there to order from a number of online websites, including Amazon, AbeBooks, Waterstones, Book Depository, and from various independent bookshops.

5. Do you have any events planned?

The book’s being launched in Jesmond Library, Newcastle upon Tyne, Monday January 9, 7.00 onwards. I’ll be reading from it and talking about it. All are welcome, and wine is provided! Then at some point in January/February, there’s an online launch organized by Circle of Misse for its worldwide community of writers and readers.