My mate Vincent: some thoughts on Vincent Van Gogh and how this artist is similar to us writers 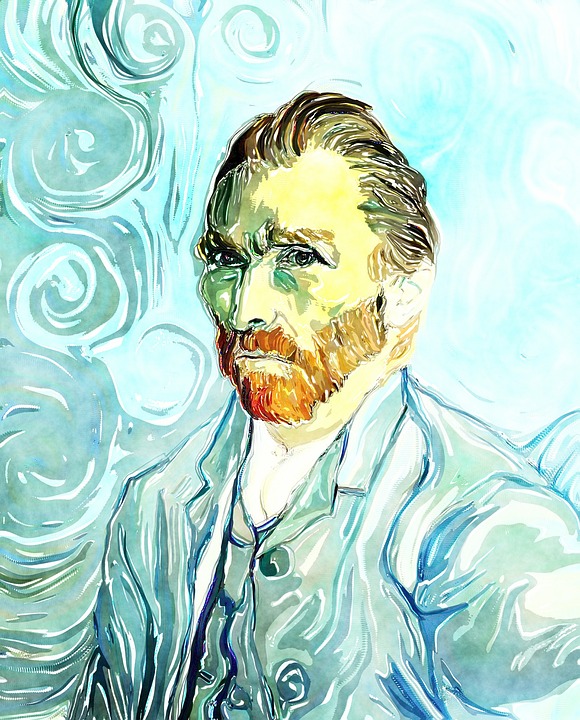 As part of my 70th birthday celebration we went to the Van Gogh Alive exhibition at Media City, Salford. It was a cold, clear day and what a charming innovation: there is a café set up on the piazza and so that customers don’t have to sit in the cold air they’ve erected small green houses, each with their own heater, so that you can sit out of the wind with your “bubble”.

I’ve been a great fan of Van Gogh for many years.  I first got to know his work when we lived in Haarlem in the Netherlands for a while.  The children went to the British School of Amsterdam, which was situated near to the Van Gogh museum.  We all had the Museumkaart which gave us continuous access to this museum and many others.

I became fascinated with the artist and even went to a “beginners” art course at the museum.  Now, I wasn’t a complete beginner but I was much more a beginner than the other participants. It was enjoyable nevertheless and I learnt a lot.

It’s always seemed so unfair that Van Gogh’s works are worth so many millions now yet he lived in poverty, only selling one work in his life time and frequently having to write to this brother Theo to beg for money with which to buy paints. Yet if he’d become famous in his own life time he would have probably been completely overwhelmed. Still, it might have been nice if he could have lived just a little more comfortably.  To some extent Van Gogh was aware of this irony. “I can’t change the fact that my paintings don’t sell. But the time will come when people will recognise that they are worth more than the value of the paints in the picture.”

Even as I write this I ask myself whether I really want a best-seller published by one of the Big Five because of all the attention that goes with that?

Van Gogh was also a prolific writer and wrote so many letters. I have read most of them. This exhibition highlights several quotes form Van Gogh and many of them seem to apply to my life as a creative practitioner as well.

“the café is a place where one can ruin oneself, go mad and commit a crime” Well perhaps I wouldn’t go that far, but cafés are important spaces for  me and I can work every well in one.  Hence the Creative Café Project.

“The way to know life is to love many things.’ ‘Be clearly aware of the stars and infinity on high. Then life seems almost enchanted after all.” Quite so.

‘Great things are done by a series of small things brought together.’ Isn’t that the way we always work?

‘I have nature and art and poetry, and if that is not enough, what is enough?’ I often wonder what we need to earn money for. Clearly in order to provide ourselves with food, warmth shelter, clothing and the well-being that comes from being healthy. But what do we need beyond that? Nature, art and literature would be enough for me.

Van Gogh definitely lived to work rather then working to live: “One must work and dance if one really wants to live.”

Why do I like his work so much? That’s hard to define. Perhaps it’s the intense emotion it carries with it. A favourite work is the Wheatfield with Crows painting. It was housed at the time we lived in the Netherlands in the permanent exhibition at the Van Gogh museum. You could stand in front of it and feel that the crows were flying towards you.  The Active exhibition implies that they fly into the air as they hear a gun shot. Is this the sound of Van Gogh taking his own life? Perhaps he knew this was going to happen. This was his last painting.

Yes, I feel a strong affinity with Vincent Van Gogh. Is my ultimate aim as a writer to write as effectively as he painted?