What if there were dragons hiding in the woods? 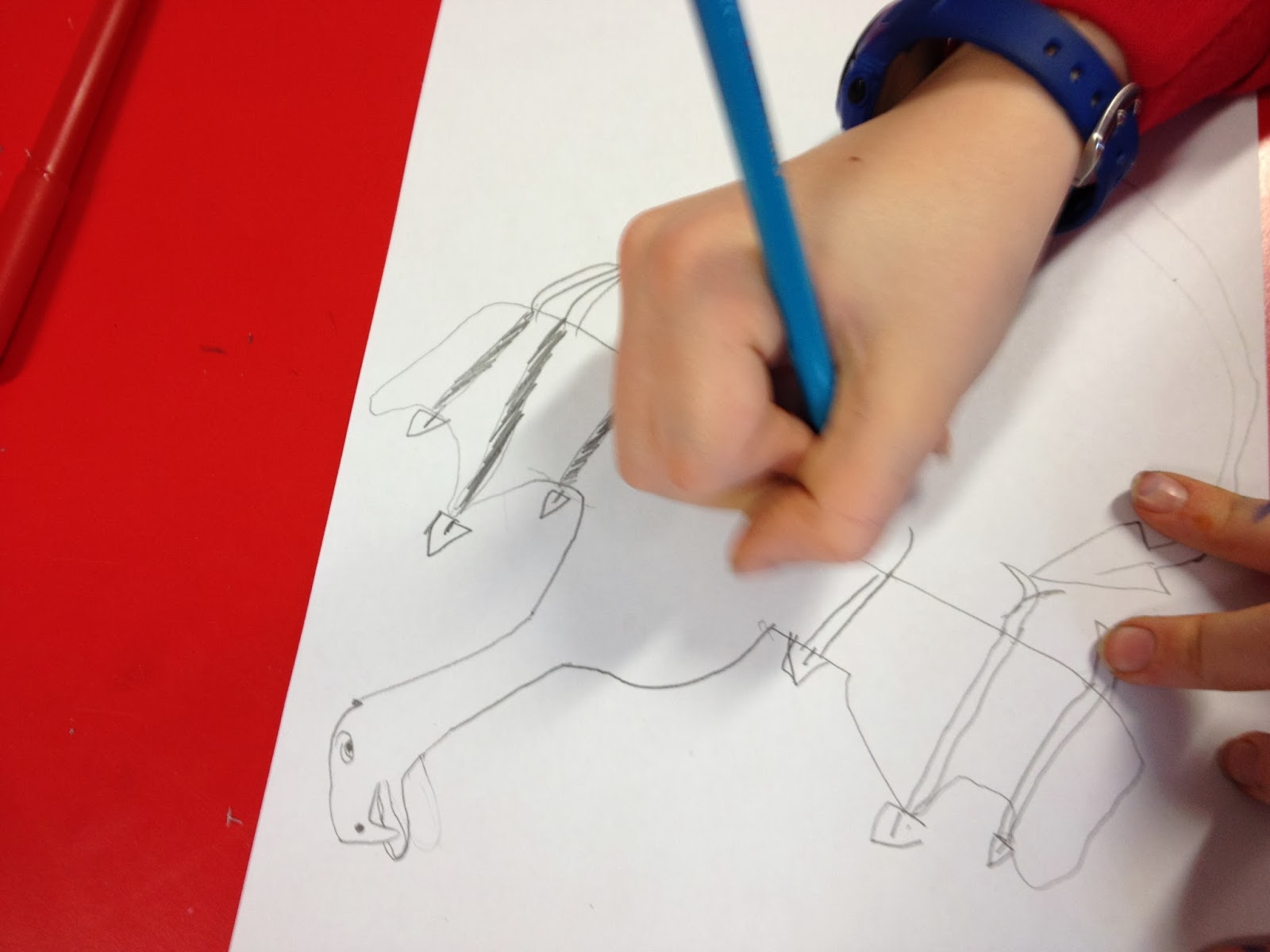 I had a lovely time at St Mark’s on Friday. I was able to present some of my work. I read a little from Kiters and told the students about how I used to enjoy reading when I was their age and about how even then I knew I wanted to be a writer. I was so full of story.
I worked with one Year 5 and Year 6 group on Magic and Mystery and two groups of years 3 and 4 on Dragons.
I got to meet the resident dragon and to hear and see some of the work the students have been doing with other writers all week.

Stories often come from the words “What if” I explained as I introduced the children to Kiters. In this case, what if, as you got the hang of flying your kite, you suddenly find yourself becoming the kite and find yourself looking down at the beach?
I read the part of my story where that happens to Robbie for the first time.
I also told them a little of how that story came to me: I’d been watching a kite festival at Newport Rhode Island and I as I watched the beautiful stunt kits dipping and diving I could almost feel myself holding the strings and the wind pulling against the kite. I then I wondered what it would feel like to be a kite, looking down. A story was born.
And did you know – the word for “kite” in many languages is the same as the word for “dragon”.  No wonder with those long tails and the way they fly. 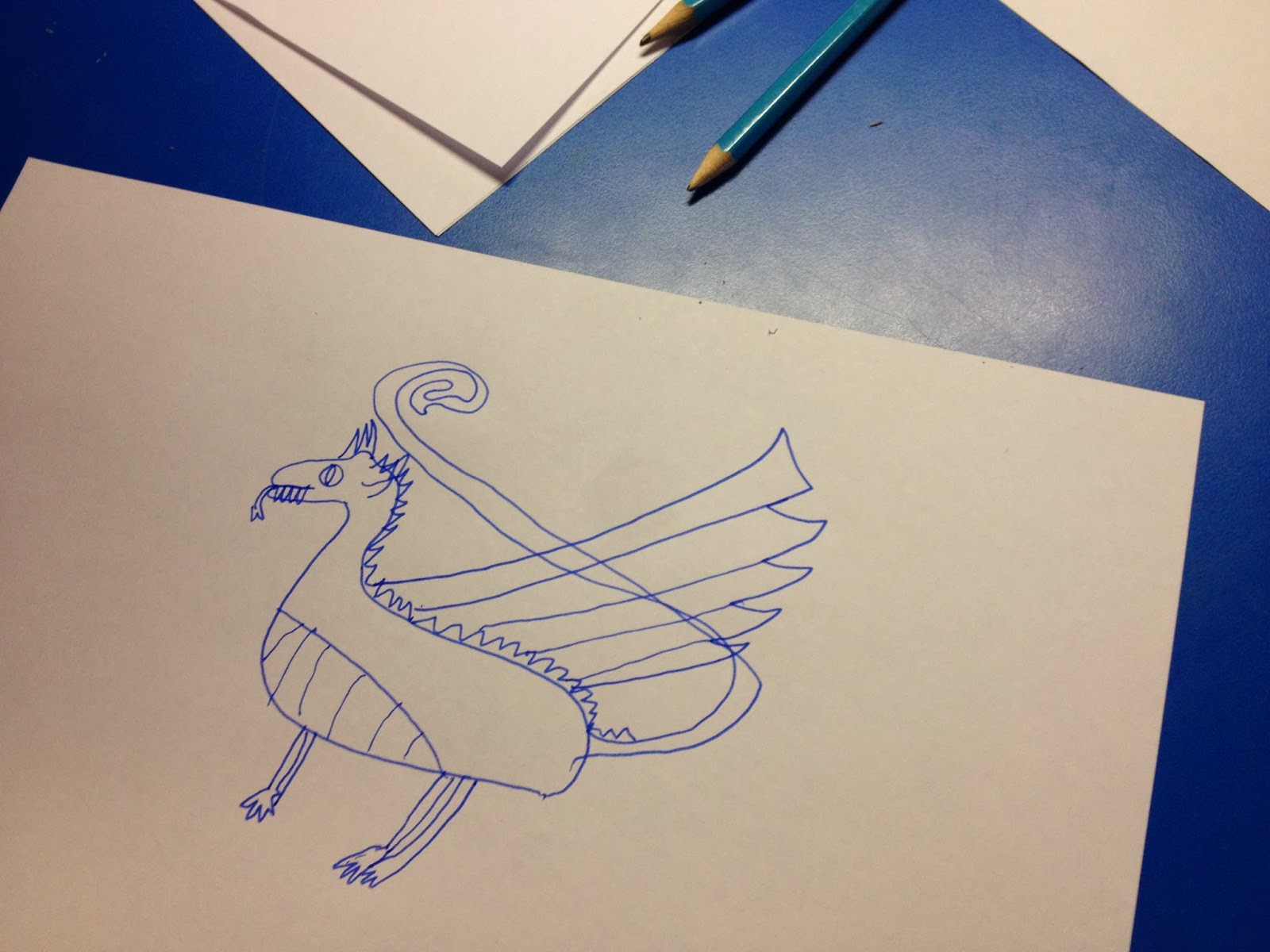 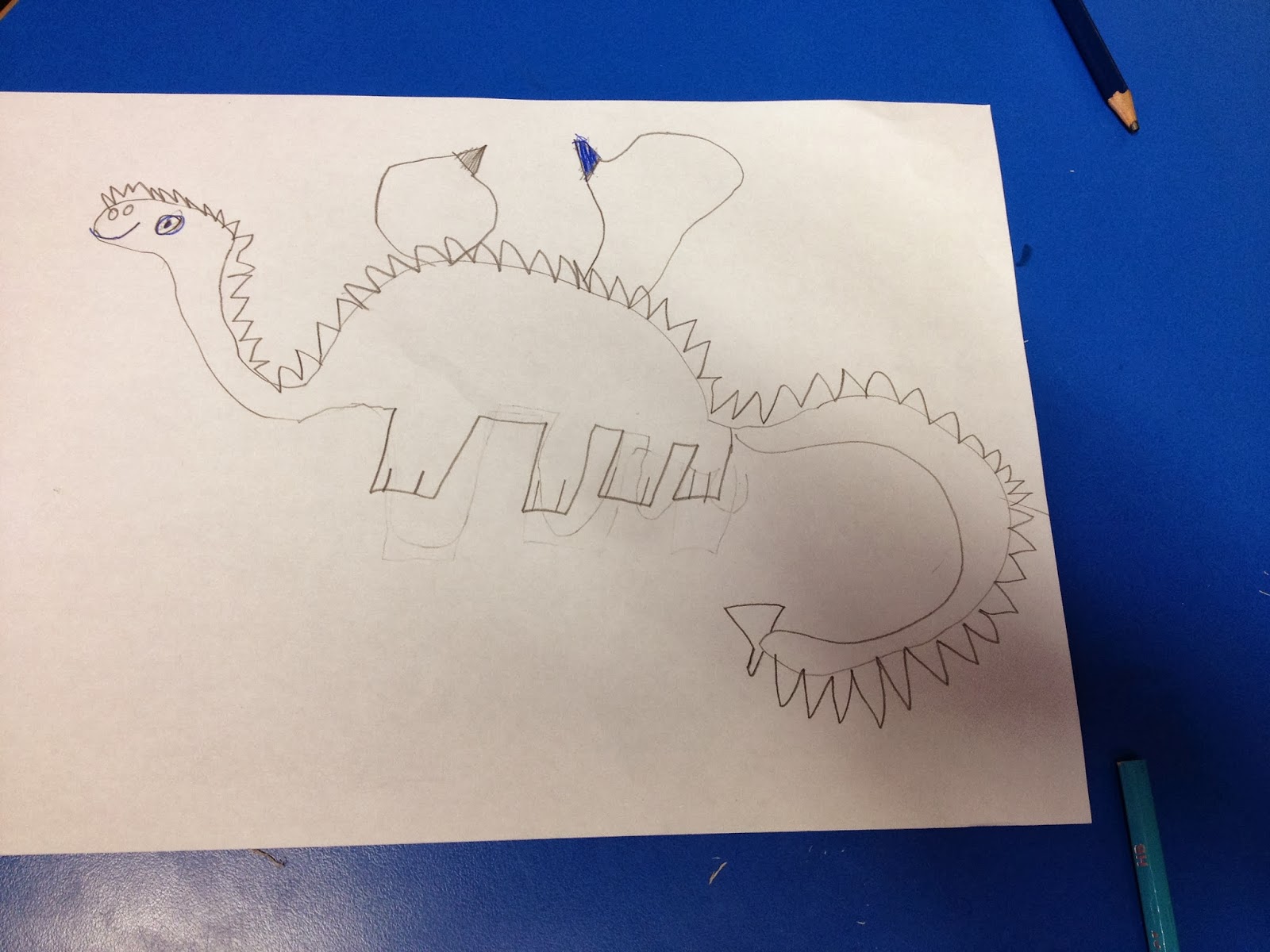 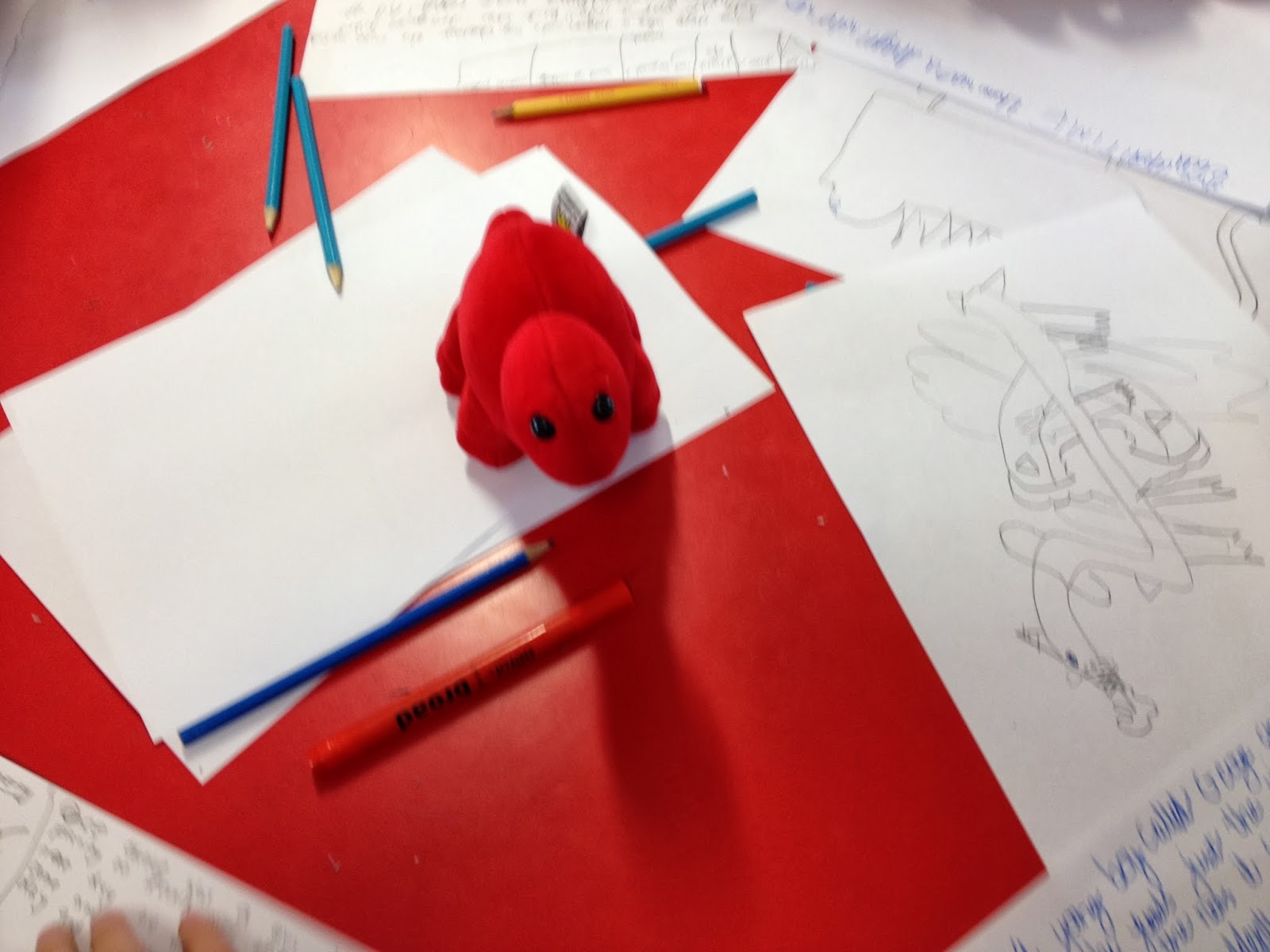 I only had an hour with each group and some of this was taken up with beginning and ending logistics so there wasn’t a lot of time for getting the work into a polished form. I hope I left something the children can carry on with later.
However, they were invited to present their work to other children. They had their notes on the back of the sheets and a picture on the front. The older children also wrote out their six-sentence story.
The younger children practised first reading out to the rest of their table group. A few volunteers in each group read out their work. 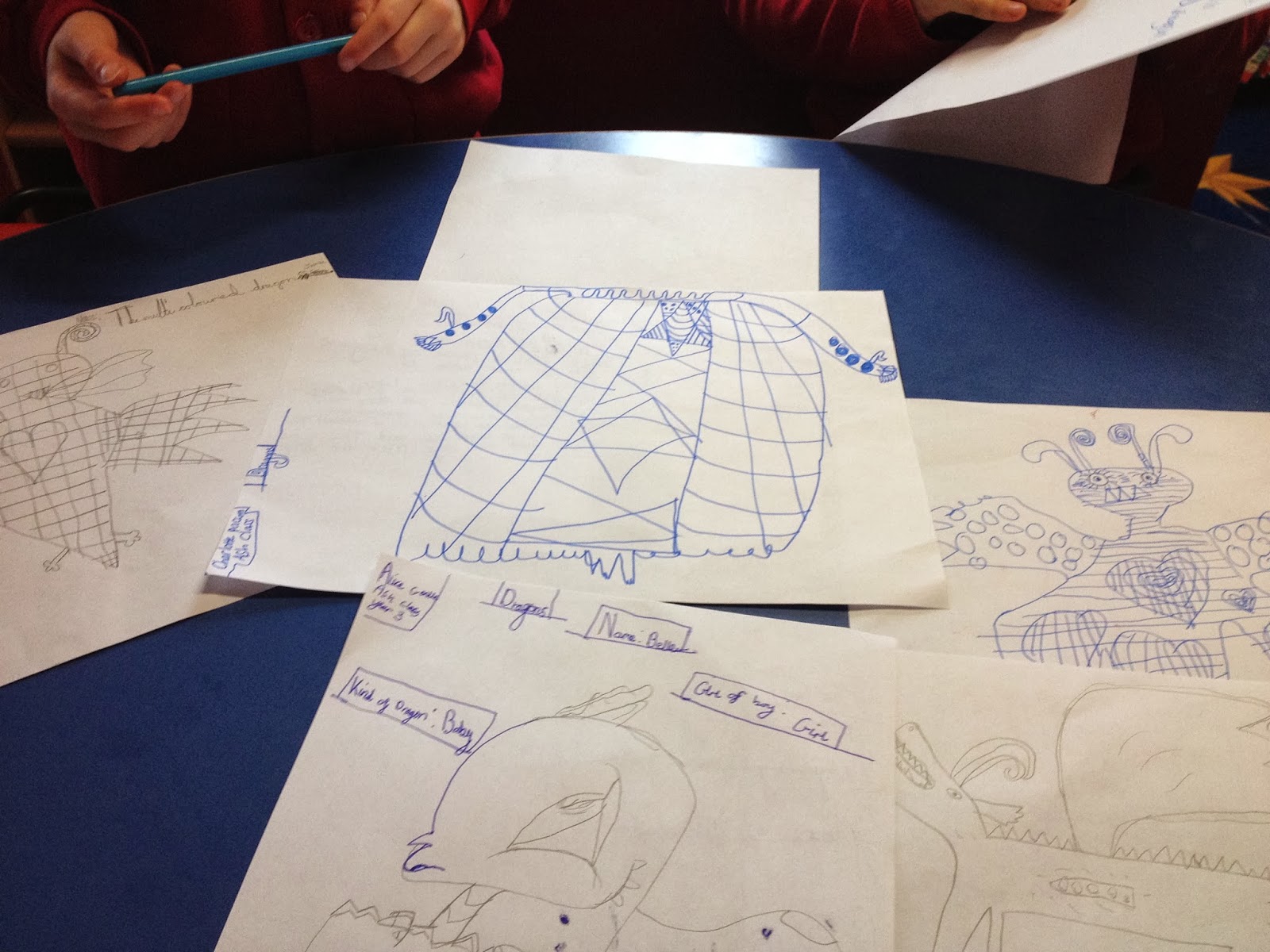 I was very impressed with the writing the students produced. There were some fabulous stories. The students were also confident about presenting their work. Staff members were very warm in their welcome and supported me very professionally in the classroom. The children were polite and well-behaved.
This is a lovely school. I hope I’ll be invited again sometime.
Posted by Gill James at 15:52