Launch of Wild N Free Too 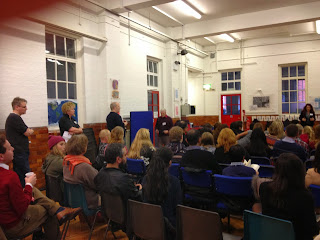 Recently I blogged about being on a perpetual busman’s holiday.  Yesterday was a case in point. I attended the launch of Wild N Free Too. This involved a journey to London, two hours ten minutes each way on the train, with another forty minutes on public transport.
No matter:
·         I met some fascinating people on the way out.
·         I managed four hours of writing on the train
·         The event was splendid


Fellow writer, business partner and friend, Debz Hobbs-Wyatt, has run this competition twice now. School children are invited to write stories about and create illustrations of animals. The stories are to celebrate animals in the wild. For both books I’ve been involved in short-listing some of the stories. I have to say that the children “get” this far better than many adults – as Debz and I found out when we created Gentle Footprints, a similar book for adults. 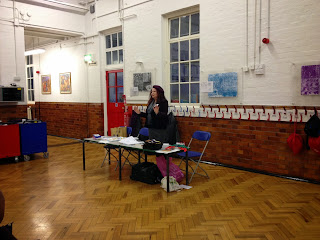 The children who enter the competition are passionate about writing, art and / or animals and the standard is very high. In fact I only rejected some entries because there was little story, not because there was anything wrong with the writing or because the animals were not portrayed in an acceptable way.
The main judges commented:
“Evocatively written, beautifully described and good factual content.” (Kate Humble)
“Each story has something very special to offer and something to make you think more deeply about the natural world.” (Gill Lewis)
“The Children have really thought themselves into their chosen animal viewpoint and seen the world through their eyes.” (Daniel  Blythe)
Then book is certainly  a treat and the short factual passages that Debz has added make it even more delightful.
All royalties are donated to the Born Free Foundation and the book is certainly in keeping with the spirit of that wonderful organisation, that also had a presence at the event yesterday.
It was a real family affair.  Debz’s mum, Jan, made sure that everyone was fed and watered. Dad Colin sold the raffle tickets and he and brother Justin took the photographs.
Colin and Justin also had an important role before the launch, though. They are both professional artists and it was their job to judge the pictures and select the one for the cover.  They were unanimous in choosing Ellie Fullwood’s Kiki. A good choice; it is really striking, and as Colin pointed out, amazing in its use of texture. The other selected illustrations are of a high standard also. 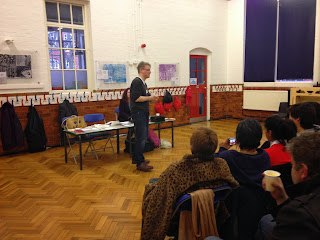 Daniel Blythe and Gill Lewis attended and said a few words about the sections they judged. Born Free told us about some of their work. 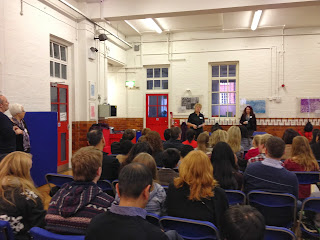 Twenty-six families came along and each of the children featured in the book talked about their work and read passages from their stories or told us about how they made the pictures.
The two hours went by very quickly. After it was all over a few of us went to relax and debrief over a cuppa in the nearby Hilton hotel. Special guests were Erin Arnold (winner Years 7 and 8 – “The One and True Home”) and her mum; they’d come all the way from Bangkok in order to join us!