Ten things to consider when editing your short story or novel 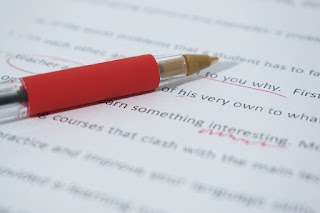 Is it logical? Take care that’s not too melodramatic. Make sure also that it isn’t just a damp squib. Avoid the inclusion of a “deus ex machina”.  Don’t allow a super hero / fairy godmother, or indeed an ancient god just to sweep in and save the day. Even if your protagonist has a mentor, get rid of them well before the end of the story so you’re your main character can own the adventure. Importantly has your main character changed from the way they were at the beginning?

And is that structure balanced?  This might be about escalating drama followed by a crisis point, the climax and the final resolution.  You may like to think of your story having a three act structure.  Where is the midpoint?

Are they believable? Do they act like real people? Are they consistent? Are they rounded, with the evil characters having some redeeming qualities and the good ones having some flaws? Are their needs and wants clear to the reader?  Do they have unique voices in dialogue?

Do you have a good balance of action, dialogue, description and exposition? There should be very little of the latter – remember to show not tell.

Does it always say something important? Does it tell us about character, story or atmosphere or preferably all three at once? Do you have a balance between sounding natural and only saying what is important? How have you tagged it? Is it clear who is saying what?  Can you do without some of the tags? Can you use body language instead?

Clichés are out there because they are segments of language which work. However, they become tired because they are overused  Can you show the bull in the china shop, that all’s well that ends well, that something touched every fibre of someone’s being another way? Tip: if you speak another language borrow a cliché from that. It will sound fresher in English. That sudden silence may be because an angel is passing (French saying).

Do you have a good balance of longer and shorter sentences? Short, sharp sentences can create pace but too many of them can tire your reader.

Look out for clumsy sentences, but also from run-on ones and ones where you haven’t quite said what you mean or you don’t quite mean what you say.

This helps you to spot clunky language, typos you’ve not noticed before, repetitions, and spelling and grammatical errors.

10.  Sweep through for your own favourite mistakes

Which is that typo that you always make? One of mine is “form” instead of “from” – yet I often spell “Salford” “Salfrod” Bizarre. You may also be aware of a word you overuse. Or you may know that you are weak at setting out dialogue

It’s useful to look for just one thing at a time, even for a short story. You may of course notice other matters at the same time. No problem.

Even if you are going to employ an editor it’s good to get your script as good as you can before you hand it over.

Writing is all rewriting, we all know that.

Email ThisBlogThis!Share to TwitterShare to FacebookShare to Pinterest
Labels: editing