Plotter or panster – and is it ever really than simple? 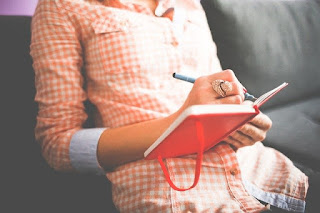 I’m probably right in the middle on this one. I do plan – in detail. I’m a fan of McKee’s story theory:

I’m also aware of the three act structure and that sometimes elusive mid-point. I take suggestions from Christopher Vogler’s The Writers Journey and Jospeh Campbell’s A Hero with a Thousand Faces. I usually know which of Christophe Booker’s seven basic stories I’m dealing with. For my current work in progress, I’ve even mapped out all my subplots and which chapter deals with which one. And I know to make sure there is a cliff-hanger at the end of each chapter.

People ask should a story be plot or character driven. I think it has to be both. Indeed the plot comes out of the tension between the characters. Before I start writing, even before I start planning, I spend a long time with my main characters. What are they like physically? Intellectually? Emotionally? What is their personality like? What is their greatest fear and what is their greatest wish? What do they want and what do they need? I also give some thought to the setting which I find as important as characters and plot. All of this I do when I sit in a café on my own. Ah, will those days be with us again soon?  And when all of this is complete, still in that café situation, I being to shape the plot. When I start to write, it’s all there ready. I don’t have to stop to think too much.

Even when I edit I look back to these ideas of Booker, Campbell, McKee and Vogler, to see if something needs sharpening. If something’s not working it’s often because one of the patterns isn’t established. I guess we have to use those patterns because everyone is familiar with them. Not that it has to be too exact.  It always works a lot better if it’s skewed a little.

And yet.  In my current a work, as early as the third chapter, in walks a character I’d never thought of. Despite all of the planning, huge sections of the story come from nowhere and characters don’t always do what I’d expect them to.

I suspect planners temper their work with some panstering and pansters do a little planning despite themselves.

In the end, though, what really matters is a good story.

Image by free stock photos from www.picjumbo.com from Pixabay