Stages of revision 13: Kill off your darlings 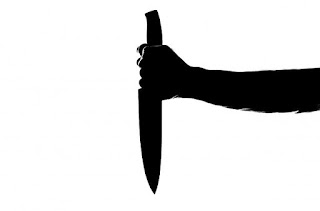 This is a bit of a writers’ cliché, a little like the previous post. However, it is worth looking at  a little more closely.

What are the darlings exactly

They are those little bits of showy-off writing that actually don’t look right with the rest of your writing. You think of something clever to say and you’re rather proud of what you’ve come up with. However, ask your self- is this really that clever? Is this really part of my writing? Is this really what I want to say?

These “darlings” tend to be rather short excerpts of rather rich language. They don’t fit it with the rest. So, you can either get rid of them – and you can do this by removing them completely or rewriting them into something more acceptable – or you can build up the rest of the text to match.  There are two real disadvantages with the latter.  First of all it’s a heck of a lot of work to change probably what would be over 99% of your text. Secondly, it can lead to a text being much too rich for the reader. They may feel as if they’ve gorged on chocolate instead of nutritious food.
I remember once reading an excerpt of a text that seemed beautifully written. The language was really evocative. So, we asked to see the rest of the script. We then had to read over three hundred pages of the same style.  It was incredibly hard work and rather tedious.

What to do with your darlings once you’ve killed them

Maybe “kill” isn’t the right word. Maybe we should hibernate them. You may be able to use that clever turn of phrase elsewhere. Or they may serve as a reminder of what not to do.
I once crafted what I thought was a really good chapter about my protagonist and her chums stopping for breakfast. I’d worked carefully using the senses to really absorb my reader into the scene. It worked on that level, certainly.
But the verdict within my critique group? “This is really good writing but nothing happens,.  This chapter isn’t needed at all.”
I haven’t thrown it away.  One day, I’ll turn it into a piece of life writing or a short story.  In the meantime it serves as a reminder to me that the writer shouldn’t over indulge herself.

Email ThisBlogThis!Share to TwitterShare to FacebookShare to Pinterest
Labels: kill off your darlings, stages of revision