Stages of revision – all fifteen of them 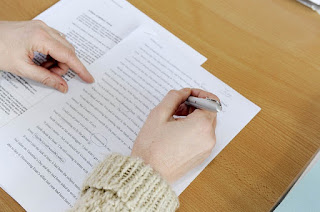 I’m writing here about the stages of revision I put my novels through. I take between a month and three months to write the first draft and between six and eighteen to get it to the stage where I’ll let beta readers read it and then I send it out to agents and publishers or I self-publish.

I’ve shared my young adult material with my friends from SCBWI as I’ve gone along, so they see my work at a very early stage sometimes.

Anyway, I have the habit of writing a section and then reading it through three times. There is something optimum about three. After three times you’ll probably not notice much more unless you’re doing the very focussed edits I’ll write about in the next few posts.  The first read through at this point is largely about correcting typos. It’s amazing how much the other two read-throughs pick up as well.

Why go to all this trouble you might ask, if an editor is going to work on it anyway?  Well an important point is that the better the script is in the first place, the better it will become after a professional edit, be it from an in-house editor in an established publishing house or a free-lancer you’ve employed to edit the text you intend to self-publish.

As I work through my fifteen edits I’ll still adjust anything I see that’s out of kilter. It becomes like peeling layer after layer off.

It is hard, then, when your beta readers or editors come back with something you haven’t noticed. But there are a few things you can consider here:
You are too close to the text so you may not see what is blindingly obvious to others.
It’s your choice in the end but if more than one person has said the same thing, they may have a point.
You and our editors are on the same side – you’re both trying to produce the best text possible.
You’re not an idiot because you made that mistake – that was then and this is now.  You’ve moved on as a writer.

Over the next few posts I’ll be going into more detail about my self-editing process.
Posted by Gill James at 14:19