I don’t get to as many events for authors as I used to. I don’t get quite as excited about them either. It’s sometimes the case that it’s the “same old, same old” and sometimes it could be that I could have perhaps delivered the session myself. In a way, I do deliver such sessions: they’re part of my day job as a Senior Lecturer in English and Creative Writing.
Some events are still worth it, though.

I really do enjoy going to book launches and readings by other authors – as long as they’re the sort of author whose work I’d like to read or they’re the sort of person I admire as a fellow professional.
I need to be a little careful about buying more books, though; on my bookshelves I have 75 waiting and some of them have been there two years or more. I’ve another couple of hundred on my Kindle.
I usually can’t resist buying copies when I go to an author event.
I’ve also been to a couple of vents recently that were just for published authors;

The Society of Authors North

You have to be published to get into the Society of Authors. This took place on the 18 October 2014 and was packed full of information.
We had a talk on developing a killer marketing plan by Stephanie Hale.  Okay, so much of what she presented I’ve heard before and I’m actually doing quite a lot of it. Nevertheless there were a couple of things I’d not been doing and now am. I’m getting more followers on Twitter and more friends on Facebook. I’m now putting out a more focussed call to action.
We’ll see if it makes a difference to sales.
We were also treated to a description of the shared writing lives of Nicholas Rankin and Maggie Gee. This was fascinating – perhaps entertaining rather than useful but we need to be entertained sometimes.
Finally there was a networking event shared with a Books are my Bag party. I made a couple of useful contacts.
Here is my Books are My Bag bag and in it I would put, this time, R J Palacio’s Wonder, bought at the Urmston bookshop. Why this book? Well, it has an intriguing voice, it deals with a tricky subject and it actually breaks several of the “rules” I’m teaching my students. For those reasons it’s on their reading list too. 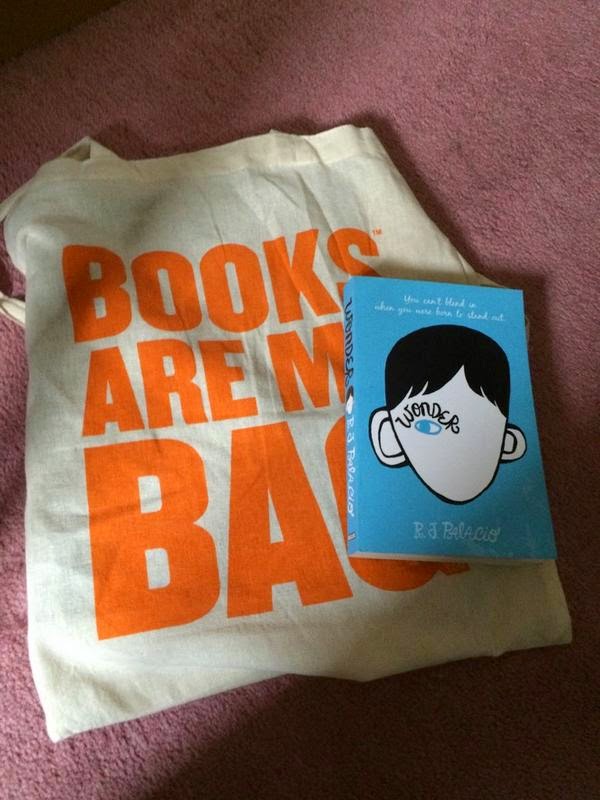 Again, this was an event for published writers but not necessarily best-selling ones and many people there had other day jobs not related to writing. I’m very lucky that mine is so closely connected and indeed endorses my writing.
Much of the content was again about marketing and making money as a writer. Will Self was our key-note speaker and also did an “In conversation” session. He was brutally honest but funny with it at the same time.
Yes, it’s very hard to make a living this way and you have to be tough. But it is doable. If you are paid you have permission. This is a view I’ve held for some time and it was good to hear this reiterated. We finished again with a networking session. Two more new contacts. I was also happy to encounter one of my former students and establish that she is still writing.

Well, the two session cost me a total of £69.00 and two days’ “work”. I don’t know yet what will come out of the extra bit of skill I’ve picked up, nor from the contacts I’ve made. We’ll see.